One of the first questions every new trader asks is which are the best pairs to trade, which are easier to predict and analyze for beginners?

Which one is the most suited for a beginner trader?

Before deciding which pair is better for you, let’s see how what types of pairs are there and how they differ.

Currency pairs can be divided in three types: majors, crosses and exotics. Let’s have a closer look at the advantages and disadvantages of these pair types.

Majors are the most traded pairs of the top economies of the world: USA, Europe, Great Britain, Japan, Switzerland, Canada. Respectively these are the majors: EUR/USD, GBP/USD, USD/JPY, USD/CHF, EUR/JPY, USD/CAD.

Main characteristics: Majors are the most accessible and convenient pairs to trade both for beginners and experienced traders.

They are the most traded pairs for a reason. The advantages of majors have a distinctive correlation with the trading volume of each pair – the bigger the volume the higher the liquidity, the lower the spreads (on average 2-3 pips for the top majors).

The best quality of the majors is that they are the most stable and predictable as the economic and financial situation in the developed countries is comparatively stable.

They are called crosses because in the times when most currencies were fixed to the U.S. dollar, in order to exchange a currency it first had to be exchanged to U.S. dollars.

For example if you wanted to exchange EUR to GBP you had to convert EUR to USD and then to GBP.

Summary: Crosses are a good addition to the portfolio when you feel confident with a major pair and want to diversify your stakes. The spreads of the crosses are not as low as for majors but in average they are still not as high as those of the exotics which can reach even 15-20 pips.

Exotics are currency pairs that contain a currency of a developing country from Asia, Africa, Middle east, the Pacific, South America.

They are traded quite rarely thus their amount in the markets is quite low making their liquidity also low. Exotics are considered to be quite a risky investment.

Tradind advice: First of all it is expensive to trade exotics as they can set you back for up to 15 pips of the spread (commission).

It is also quite hard and unsafe to trade them as the economic and political situation in the exotic or developing countries can be very unstable and unpredictable.

So our advice is to keep away from the exotics unless you are personal friends with the president of Mexico or Turkey and have insider information about the plans of the country.

For example USD/CAD is a typical commodity currency pair which is influenced by the price of oil which is a huge part of Canada’s export.

So when energy prices grow so does the price of CAD as USA imports a lot of Canada’s oil thus increasing the demand for CAD. (see example in Figure 1) 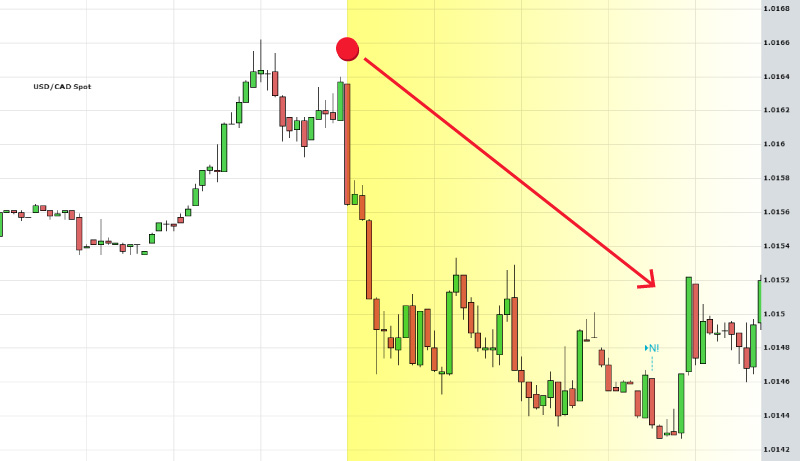 Fig.1. – A sharp downturn on the five minute chart of USD/CAD which happened as the U.S. Energy Information Administration released the weekly update on the crude oil reserves that were lower than expected.

Canada shares similar oil-price relationships with Japan which imports almost all of the oil that it uses, so CAD/JPY is also a commodity currency pair where Japanese yen’s rate goes down when energy prices rise.

The problem with the commodity currencies is that they can be influenced also by false signals regarding the energy prices so there can be unexpected surprises.

So which pair is best to start trading with for beginners?

It is recommended to start with just one currency pair.

Here’s how you can progress with the pairs.

But it is not obligatory to trade more than one pair – there are a lot of great traders who trade one currency all the time!

After all currency market is not like property investments where you can make a purchase and then just let it stay until the prices come up, forex is a much more active environment where you have to keep an eye on your investments every day so it is good to be focused.