In this article we will explain the meaning, reason and consequences of the USA government shutdown 2013 from a perspective of a simple citizen to forex and stock trader in the end. Read till the end to see the strategies for successful trading in such situations.

Imagine that you come home and see that the sewage is broken and your house is full of shit up till the ceiling. What do you do? Do you simply lift the roof to have room for head to breathe and live on or do you take the shit out?

USA federal government prefers lifting the roof. And it has been doing it for the last 12 years being millimeters away from falling from the fiscal cliff. After so many years of irresponsible ignorance the problems have accumulated to a degree where if the ceiling can’t be lifted any more it is much easier to leave the house and build a new one. Unfortunately a country can’t simply abandon its economics and if the U.S. did not raise the debt amount again it would result in the U.S. going bankrupt. What would happen if the U.S.A went bankrupt (defaulted)? It would create another large-scale global recession; create a global stock market crash, also a collapse in the currency markets.

The meaning of the government shutdown 2013 and the reason behind it – the Democrat party failed to agree with the representatives of the Republican Party about the budget for the fiscal year 2014. The Republican Party used their power to freeze the passing of the budget bill as a leverage to push their interests and also to attack the reputation of Obama’s administration. And they did it under the slogan of “Budget cuts have to be made and Obamacare project is flawed to its core and must be ended.” The absence of an approved budget left the government without the money needed to pay the federal employees so ~800 000 where indefinitely laid off and ~1.3 million people had to work without knowing when they would get paid thus many institutions and also tourist sites had to be closed.

The shutdown of 2013 is the 3rd longest government shutdown in the history of U.S.:

So after 16 days of shutdown, only on the last hours before the debt deadline the government reached an agreement to increase the debt ceiling again, for the 13th time! This little political game has cost the U.S. $24 Billion according to Standard & Poor’s. So after making losses of $24 000 000 000 had any of the two chambers of the Congress achieved anything? No, nothing was solved or improved for the economy as far as the public was informed! The question has been simply postponed till January 15, 2014. In the end not only the economy suffered but also both Parties came out as losers with damaged reputation. In politics it is rare to have a win-win situation, but to make a lose-lose-lose situation really requires some “special talent” and absence of common sense. 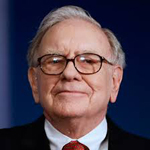 “A great reputation is like virginity – it can be preserved but it can’t be restored.”

“It takes 20 years to build a reputation and 5 minutes to ruin it. We have spent 237 years building a reputation as the most wonderful country on earth and one that’s entrusted with having the reserve currency of the world and the one that when they say “full faith of credit” – nobody questions it. And that is being put in jeopardy now. Once you default, it’s hard to go back. The whole idea of a debt ceiling is a terrible, terrible mistake. ” – Warren Buffet

In order to better understand how “well” the government is at managing the budget let’s look how the numbers would look like if it was a family budget with 8 zeroes taken away from the real numbers:

IF THE U.S. BUDGET WAS A FAMILY BUDGET (8 ZEROES REMOVED)

As we can clearly see such family could be labeled as a bankrupt mess with a lack responsibility and planning. Furthermore let’s not forget that this is the 12th year when the family has not cut its spending and just kept on spending more than it earned. The budget cuts constitute a diminutive 0.1% of the annual spending – no comments necessary.

Everyone understands that printing dollars without any backing cannot go on forever and that it is a ticking time bomb.  But somehow no administration over these 12 years has had the guts, power or interest to cut off the easy money supply, because obviously the financial forces behind the curtains have other priorities and it is uncomfortable to bite the hand that feeds you. So instead of dealing with the priority problems the government simply tries to survive from one election to another. When the problems emerge (shit surfaces) they postpone the question, create other artificial problems to be covered in the media in order to shift away the focus of the society. If it gets real bad they push a new presidential candidate who comes with promises to change things and solve the mess. But nothing ever actually changes. The influential groups who pull the strings in the shadow – they remain the same and just keep getting richer and bigger. And it is not just the problem of the U.S., it is a global issue which stems from the greedy human nature.

How does the federal government shutdown 2013 influence the financial markets

The debt ceiling crisis and the shutdown of 2013 have seriously shaken the status of the US dollar as the dominant reserve currency. The federal shutdown itself is not the problem, rather a visible proof that Washington is not able to solve the debt problem. This situation has caused repeated talks about the need to create a New Super Independent Reserve Currency. First such idea was expressed by China in 2009 after the U.S. housing bubble started a global crisis. A new currency is needed to reduce the dependence on the U.S. dollar which has become too risky due to the instability of the USA government and its actions.

For a long time the USA has been the most liquid market for investment and China is currently the biggest buyer of US debt bonds having bought 23% of the U.S. overseas debt. So China owns 8% of the total U.S. debt of 16.74 Trillion USD which makes it very concerned about a possible bankruptcy of the USA. China is already making steps to diversify its investment portfolio and even promoting trading in its own currency – Yuan which is not yet popular as an exchange currency because it has been heavily regulated by the Chinese government so far.

If the USA defaults (goes bankrupt on its debts) it would create an unprecedented crisis affecting the whole world, not only China. The fact that no actions have been taken so far in Washington to tackle the debt issue has made the Global leaders start talks about creating an alternative reserve currency system.  Precise and final plans have not emerged yet, but one idea is to create an international reserve asset consisting of EUR, YEN and USD with special drawing rights. This would be a big turning point putting an end to the “American financial order”. Such reforms normally are carried out only in extreme conditions, but such extreme condition might arrive very soon if the government of United States fails to pull itself together and come up with a reasonable plan for the next debt deadline in January 2014.

No one wants to invest billions in a currency of a country which might go bankrupt. In a longer term such events create a chain of reactions in the USA from decreased interest of global and local investors, to money flowing out of the country, companies loosing competitive advantages and profits, increasing unemployment and ultimately struggling stock markets and a devaluation of the USD.

The game played by the U.S. government is a high stakes poker which influences the global economy. The big players understood that the stakes are too high so a compromise had to be reached – that’s why the markets where relatively calm during the shutdown and biggest volatility started as the deadline came to its end and after it.

Impact on the stock markets 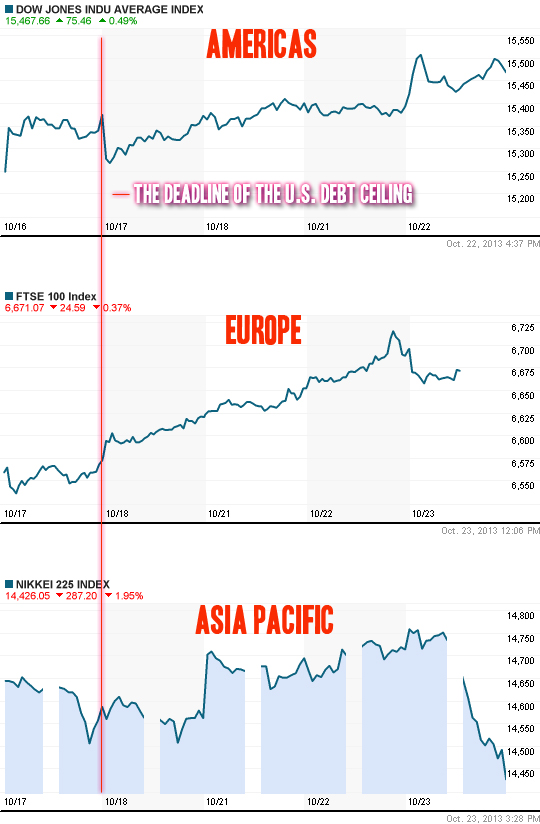 Fig.1. How the US government shutdown 2013 influenced the Stock markets across the globe. Source: Reuters

If such a scenario repeats itself (which is not unlikely) a good strategy of stock trading would be to buy stocks right before the deadline as a rally afterwards is very likely.

Impact on the forex market 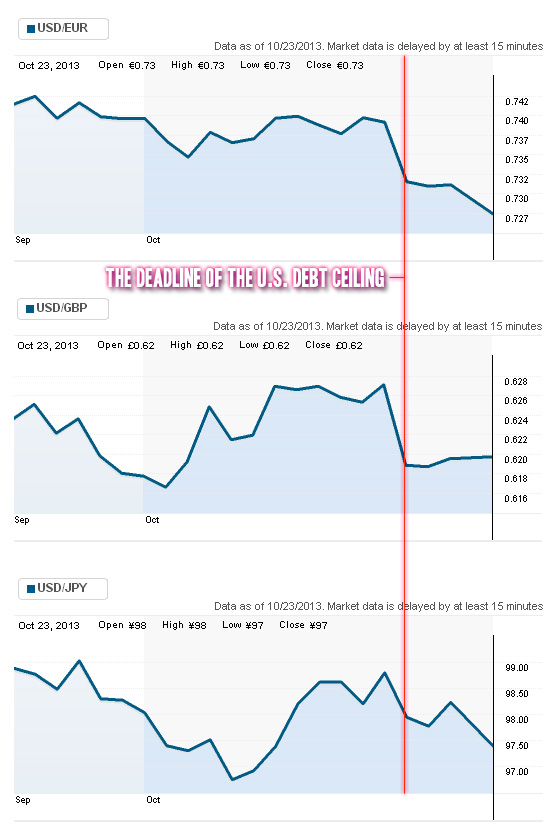 Fig.2. How the US government shutdown 2013 influenced the currency markets and the main currency pairs. Source: Reuters

Figure 2 shows how the shutdown affected the major currency pairs (EUR/USD, GBP/USD, USD/JPY). During the government shutdwon the dollar lost 1.1% against the British Pound, 1.5% against Japanese Yen and 0.07% against the euro. The USD value experienced a significant drop after the debt ceiling deadline and it keeps falling. The currency rates are greatly influenced not only by the shutdown and the political instability of the U.S. but also by the monthly reports on housing and jobs. The September’s jobs report was supposed to come out on 4 October, but as the Bureau of Labour Statistics was cut down from 2400 people to 3 during the shutdown the report came out only after the shutdown and it showed that jobs growth rate had slowed down even before the shutdown. This of course adds to the downward trend of USD value. It is clear that the October’s jobs report will worsen the situation even more. Furthermore Standard & Poor’s predict that the mess with the shutdown will cut 0.6 percent off the US growth in the last quarter of 2013.

As the historical data shows – the traders who went short (made a bet that the dollar would drop) on USD in the dawn and early days of the shutdown made a very smart and profitable move. Now as the USD has dropped they can close the position with great profits. As to the future trades it is very likely that the USD will rise so now might be a good chance to go long on the USD. The question now is – has the USD reached its lowest point or will it be after the reports on the October jobs data?