On June 23rd, 2016, Britain will hold a referendum on whether to remain in or leave the European Union. This will be the country’s most important vote in at least half a century. Most economists understand that a decision to leave (a.k.a. Brexit) would not bode well for Britain, Europe and the whole world. With the vote coming soon and the polls showing unexpected support for the Brexit, more and more people are asking us about the best trading strategies to protect their assets. We gathered the top trades that different currency strategists predict would perform well, regardless of the referendum outcome.

The British pound has dropped about 3.5 percent in 2016 as investors fear the risks of the Brexit and have started converting their pound assets to other currencies. The pound reached a seven-year low in February after Prime Minister David Cameron announced the date of the referendum. Since then, the rate has wildly fluctuated, as polls suggested either side could win.

If Britain leaves the EU, the downward trend would spill over into the rest of the euro zone, thus driving the euro down.

The secret of “Shorting”

The good thing is that it is possible to hedge (protect) your capital against the currency risks and also to profit from such situations. When one currency is falling, there must be one or more currencies that are appreciating against it. So traders short the falling currencies. Shorting in this case means betting on a decrease in the value of the pound against the Japanese yen, for example. Shorting the pound is how George Soros broke the Bank of England and made $1 Billion in a day back in 1992.

Most of the forex analysts expect that the US dollar, Swiss franc and the Japanese yen will benefit the most if the vote is to leave the Union. 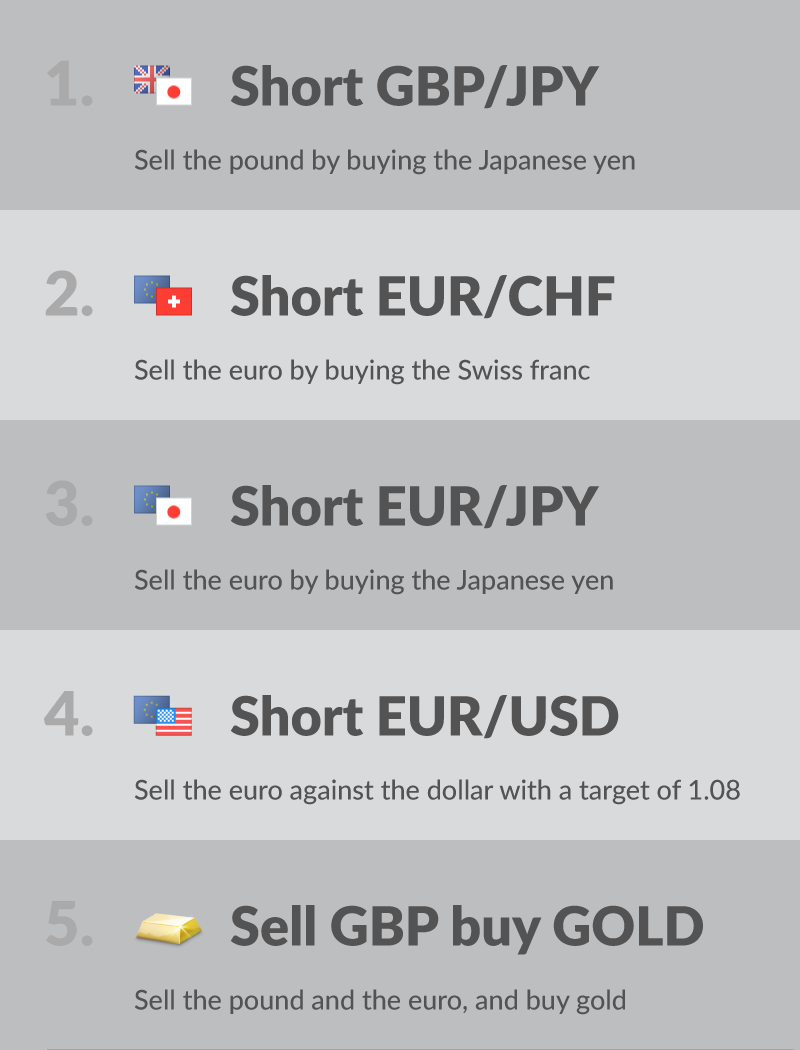 Risks associated with these trades

In the currency markets, it is very hard to predict anything with 100% accuracy. Even the best forex strategists often fail to forecast the correct rate moves as so many factors influence the currencies, including the decisions of the central banks:

Betting on the “Remain”

Despite the close results of the referendum polls, many analysts believe that Britain will vote to remain in the European Union. And some of them are buying the pound against the US dollar and keeping the trade open even during and after the referendum. These traders expect a possible Bank of England rate increase by the end of 2016 or in the beginning of next year to also work in favor of this position.

To learn more about currency trading strategies, check out the free forex-learning app that is already used by more than half a million traders.